We are never to old to learn. We need to open our Bibles and read the Word. 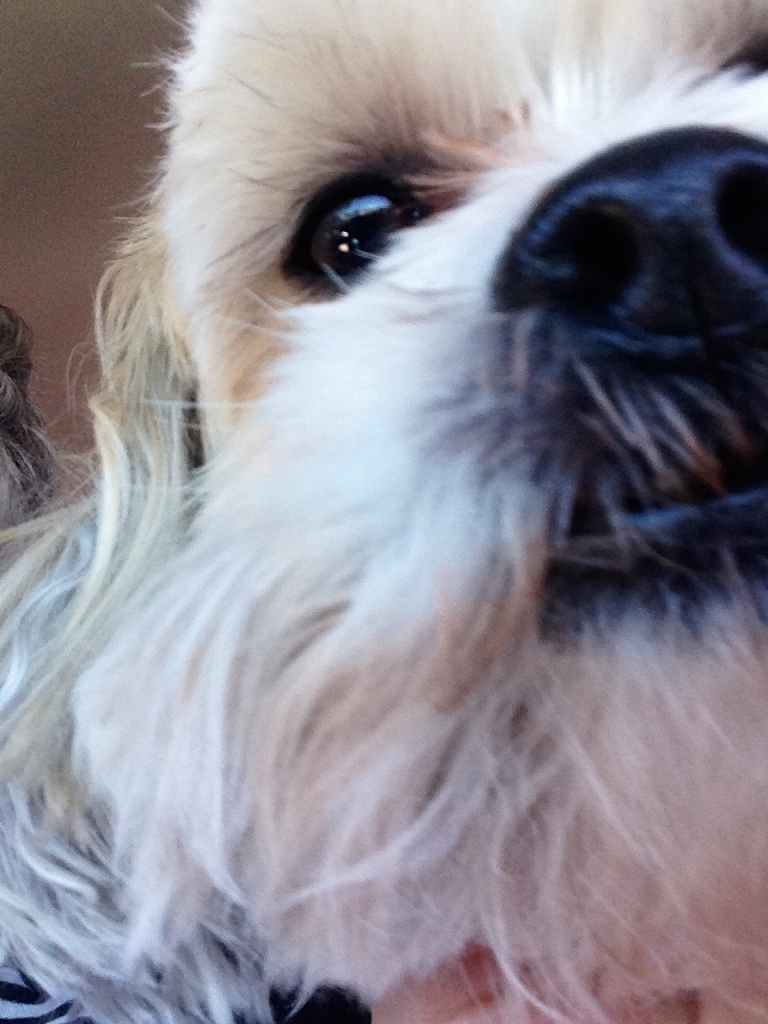 My dog Buddy thinks he is bigger and badder than any other dog. He’s not.

Buddy was quite literally dropped off at our door and into our arms. His former owners ran for their car and thus he was adopted into our home. We have never regretted this decision and he is a fine young man although possessing a rather interesting personality.

We had three small female dogs when Buddy arrived but he adapted and fit perfectly into our family. They loved him and he returned their affection. But then we took Buddy for a walk. His demeanor quickly changed and we were shocked to find a total lack of socialization and a very aggressive behavior that was troubling. All the more so because we were in a charity walk for our local Humane Society. They looked at us like we were the worst pet parents and we tried to explain that he was a recent rescue who had never behaved so poorly.

The interesting thing is the bigger the other dog, the more Buddy goes into attack mode. On a good day and with a full stomach, Buddy weighs about 12 pounds. He was not deterred…he wanted to go for the jugular of any Rottweiler or Doberman he could sink his tiny teeth into. It was alarming.

We have had Buddy a long time and tried many things but the bottom line is that somewhere in his past 8 years, he was hurt and became aggressive with other dogs. In his mind, Buddy is bigger than he thinks.

Somehow, I like this. I know I should not and we never allow him to engage with any dog because I don’t want him killed. But I like the way he thinks. He’s a big, bad dude and no one is going to mess with Buddy. Get on board or get out of his way. He’ll eat you for breakfast. Simply put Buddy has a killer mentality.

As I think on this New Year, I want Buddy’s attitude. I want a killer mentality for Christ. I want to stir the pot. I want people to think about Jesus. I want to encourage others to remember what is most important in life…a Jesus that gave His all and gave it all for us. Go big with Jesus or go home.

I promise not to hurt anyone – I just want to share the love and grace of Jesus Christ. There is no room for timid behavior, we need to be aggressive as we share the good news.

Buddy would be proud.

There is nothing quite like the wind blowing in your hair at a high rate of speed. I drive a convertible. It’s my secret (or not so secret) indulgence.

I was transporting my 5-year old granddaughter one day in my convertible Beetle with the top down. She was shaking her head back and forth as we rode through Orlando and the wind blew wildly about her downy hair. Lily elicited these prophetic words “Mimi, wouldn’t it be great if we could ride like this forever?”

Lily gets it. That feeling of riding free with a  sense of flying as the wind moves through your hair and the sun shines warmly upon your face. It’s a heady experience (no pun intended) and it’s joyful too.

God is like that to me. It’s the wind in my hair, the sun in my face and the feeling of lightness. The good news is that we can ride like that forever…as fast as we want.

All things relating to the Bible and Christianity

''Who can find a virtuous woman? For her price is far above rubies'' -Proverbs 31:10 KJV

The life of PASSION

A blog full of humorous and poignant observations.

Devotionals on A COURSE IN MIRACLES, A COURSE OF LOVE, and THE WAY OF MASTERY . . . with Celia Hales

this is... The Neighborhood

the Story within the Story

A new beginning, mobile home living, adding our style inside and out.